Yay! THE BOXING BARONESS has garnered a 2nd starred review!

Spencer (Notorious) launches her Wicked Women of Whitechapel Regency series with an outstanding romance based in part on a real historical figure. Before the start of the novel, Marianne Simpson had a disastrous dalliance with dastardly Baron Dominic Strickland, who staged a fake wedding to Marianne solely to get beneath her skirts. Unable to work as a governess after this scandal, the delightfully confident and forthright Marianne now stars in Farnham’s Fantastical Female Fayre as the Boxing Baroness. Dominic is also causing problems for the powerful and upstanding St. John “Sin” Powell, Duke of Staunton, who receives a letter offering information about his missing, presumed dead brother if Sin can convince Marianne to meet with Dominic. The traveling circus is headed on an ill-advised tour of war-torn Europe—so Sin and two friends do the only thing they can think of and join the Fayre as carnies. Marianne initially disdains Sin for his privileged background, but as he proves himself a hard-working circus employee, he earns her respect and admiration, heightening the magnetic attraction already between them. Spencer ramps up the mystery and the romance in equal measure as the threat of Dominic and the knowledge that society would be unaccepting of their relationship hover over the captivating couple. This is sure to wow. (STARRED)
THE BOXING BARONESS will be out October 25, 2022, but you can preorder a copy now.

Grab an ebook copy of HUGO AND THE MAIDEN for only .99!

Now’s your chance to check out my SEDUCERS series, a super steamy trilogy featuring Regency Era sex workers. Yes, you read that right: the heroes and heroines in these books all work at the same brothel. The themes in all three books are a bit darker than my usual fare and the sexy times are a lot hotter.

Hugo is one of my favorite heroes and he’s definitely a man who has been scarred by life. He has no hope in finding happily ever after and hasn’t ever looked for love, but now–on a tiny island off the North Coast of Scotland–love has found him.

Martha Pringle has never met a man like Hugo–because there aren’t any. The vicar’s daughter is alternately charmed, outraged, and aroused by his antics and the effect he has on her both emotionally and physically.

If you’re ready to shake up your historical romance and crave something new and different, this is a great book to start with.

Here is the official blurb and a buy link below. The book is only on world-wide sale for a limited time, so grab a copy while it’s cheap!

Hugo Buckingham was perfectly happy with the life he’d built for himself. With his steady clientele and co-ownership stake in the most exclusive brothel in London, he had everything he needed.

But that was before.

Before he was falsely convicted of a crime and tossed onto a ship to New South Wales.

Before the ship went down and stranded him on the tiny island of Stroma.

Miss Martha Pringle is everything he’s not—virginal, kind, and sweet. A good person. She deserves so much better than the likes of him. But that doesn’t stop him from wanting her, needing her, with an urgency that borders on terrifying. Now, Hugo has a choice to make. Should he go home, clear his name, and return to his old life—or stay with Martha and build a new one?

But more importantly…will Martha even want him once she discovers what kind of man he really is?

Hugo and the Maiden, book 3 in THE SEDUCERS series, is a sexy, angsty, historical romance featuring a hero who doesn’t believe in true love and the innocent heroine who proves him wrong .

Happily ever after guaranteed!

Download your copy today and get ready to fall head-over-heels in love with your next favorite book boyfriend.

HER BEAST is not for the faint of heart or for readers who are easily triggered. This taboo story is packed full of steam and angst!

This is book four in my VICTORIAN DECADENCE series and features an adventurous young woman who is determined to get what she wants in the bedchamber and the scarred, wounded hero who is foolish enough to think he can protect her from herself.

Here is the blurb,  I hope you check it out!

The beast only wins the beauty’s heart in fairy tales. In real life, he destroys it…and her.

Malcom Barton is what the man who murdered his wife made him—a beast. Scarred and broken in mind, body, and spirit, he lives his life in the shadows.

Until he sees her.

Julia Harlow is the only light and warmth to shine into his cold, dead heart for years. Wild, spirited, and free, she’s…everything.

She’s also the daughter of the man who burned his life to the ground.

Kidnapping Julia and keeping her prisoner to his dark, deviant desires seems like the perfect way to destroy his enemy.

He never expected her to enjoy her captivity.

It’s not long before she makes him want things he thought he’d never have again. He wants her.

But if the cost of his much-deserved revenge is a happily ever after with Julia, is it a price he’s able to pay?

Yeahaw! a STARRED REVIEW from LIBRARY JOURNAL for…

“Spencer’s (Phoebe) first in a new Regency-set series is a story loosely inspired by a real-life individual known as the Boxing Baroness. A mysterious past, an unsavory family business connection, and a youthful indiscretion have left Marianne Simpson with few life choices beyond being a pugilist in her uncle’s establishment, Farmham’s Fantastical Female Fayre. Unfortunately, the fights she participates in are very real and constantly put her health and future at risk. When St. John Powell, the Duke of Staunton, comes to her with a proposition to go with him to France to meet her ex-lover, who claims to have information about St. John’s missing brother, Marianne’s choices are to cooperate with the infuriating peer or risk losing her livelihood and condemning her only known relative to jail. As the two travel through a continent that suddenly teeters once again on the edge of war, their lives—and their hearts—are soon at risk. VERDICT Fans of historical romances with strong female characters in non-traditional roles and the men who aren’t afraid to love them won’t be disappointed by this series starter.” – Library Journal STARRED REVIEW

I’m hosting a giveaway over on Rafflecopter. It is free to enter and you might win one of 5 signed ARC copies of THE BOXING BARONESS.

Here is the link:  ENTER TO WIN

Good luck to everyone! I’ll announce the winners on my blog and in my next newsletter.

The giveaway is US only.

I just saw that DANGEROUS is on sale for $1.99 on Amazon!

This is the book that started it all… the 1st in THE OUTCASTS series. Mia and Adam, the couple in DANGEROUS, are the parents of characters in my books NOTORIOUS and OUTRAGEOUS. It’s a family thang!

Here is the blurb:

What sort of lady doesn’t make her debut until the age of thirty-two? A timeless beauty with a mysterious past—and a future she intends to take into her own hands . . .

Lady Euphemia Marlington hasn’t been free in seventeen years—since she was captured by Corsairs and sold into a harem. Now the sultan is dead and Mia is back in London facing relentless newspapermen, an insatiably curious public, and her first Season. Worst of all is her ashamed father’s ultimatum: marry a man of his choosing or live out her life in seclusion. No doubt her potential groom is a demented octogenarian. Fortunately, Mia is no longer a girl, but a clever woman with a secret—and a plan of her own . . .

Adam de Courtney’s first two wives died under mysterious circumstances. Now there isn’t a peer in England willing to let his daughter marry the dangerously handsome man the ton calls The Murderous Marquess. Nobody except Mia’s father, the desperate Duke of Carlisle. Clearly Mia must resemble an aging matron, or worse. However, in need of an heir, Adam will use the arrangement to his advantage . . .

But when the two outcasts finally meet, assumptions will be replaced by surprises, deceit by desire—and a meeting of minds between two schemers may lead to a meeting of hearts—if the secrets of their pasts don’t tear them apart . . .

This is such an honor! I’m so excited to be a part of the collection.

Buzz Books will feature approximately 15 of the biggest romance books of July 2022 – June 2023 and will be available in both print and digital format.

You can download all 15 excerpts for FREE. You don’t need to enter any personal information or give your name, all you do is download the efile of your choice. I’ve included the link below.

Get a FREE copy! 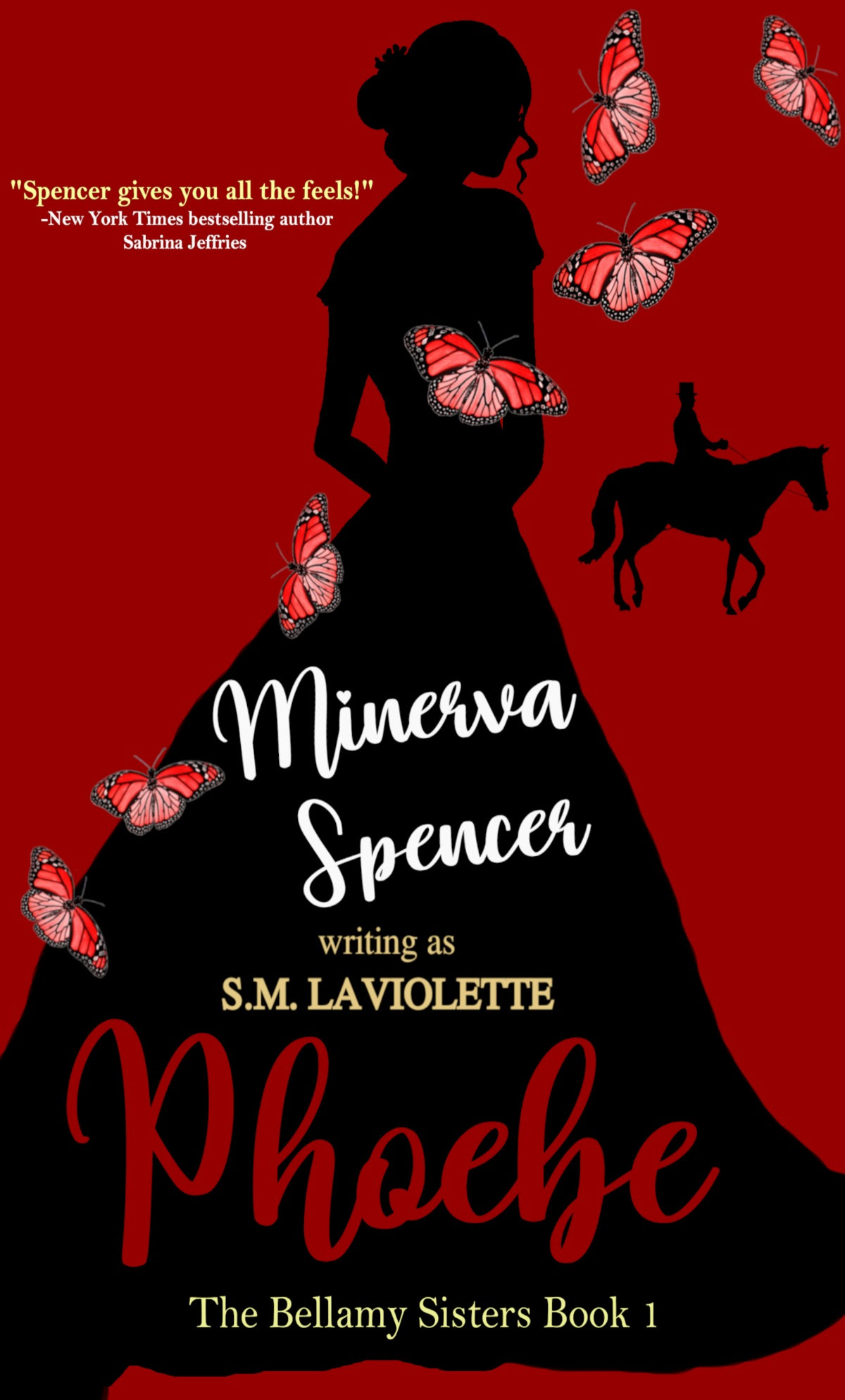 PHOEBE book 1 in THE BELLAMY SISTERS is a sensual, sexy, and heartwarming love story about the girl next door and the powerful, wealthy stranger who changes her world forever.

Meet the Bellamy sisters, five young women who will do anything to save their siblings and keep the wolf from the door.

The Bellamy family has only four months before they’ll lose the very roof over their heads. While Phoebe’s older sisters venture out into the world to earn the necessary funds, Phoebe herself—plain, levelheaded, and responsible—stays home to care for her younger siblings and parents. But then she meets Viscount Needham, a fabulously wealthy, brand new peer, and everything changes.

When Phoebe learns that her father is determined to marry one of his daughters to Needham, she knows it’s time to act. She certainly can’t imagine saddling any of her beloved sisters with the brutally handsome upstart. So, she does the unthinkable and proposes to Viscount Needham herself…

Paul Needham attended the best schools, belongs to all the proper clubs, and can buy and sell half the House of Lords and still have money to spare. And yet the ton still treats him with disdain. Marrying one of their own is the fastest way to legitimize his place in society. But that doesn’t mean that he has to like his bride. He certainly won’t ever love her. Their marriage will be nothing but a mutually beneficial business arrangement.

They are complete opposites with nothing in common. Class differences and prejudices divide them. Is love enough to bridge their two worlds—or are they destined for heartbreak?

PHOEBE is the wickedly witty and sensually steamy first book of a five-book series. Each story in THE BELLAMY SISTERS stands alone.

Here is the universal link to all ebook sellers: LINK

This book is a personal favorite and very close to my heart!

“This daring, emotional page-turner is a delight.” —Publishers Weekly

When Eva de Courtney kidnaps Godric Fleming, her only plan is to stop the irritating earl from persecuting her beloved brother. But once she has the intriguing rogue in the confines of her carriage, she longs to taste the passion she senses simmering beneath his rugged exterior. Her forbidden plan is foiled, however, when Godric turns the tables, taking her hostage instead—and demanding they marry at once…

The last thing Godric wants to do is make the fiery, impulsive Eva his wife, despite her delectable mouth and alluring innocence. He knows from experience that nothing is forever, not even love. But honor demands he do right by the lady, no matter how stubbornly Eva tries to hold on to her independence. And while the road to the Scottish border is beset with danger, Godric’s greatest challenge is to keep his hands—and his heart—from his captivating bride-to-be…

“Spencer is once again perfectly on point with her fetching brand of historical romance… a plot rich in action and danger and spiced with just the right amount of tart wit.”
—Booklist

YEEHAW! A FABULOUS Publishers Weekly review for His Valet,

An excerpt from INFAMOUS ….